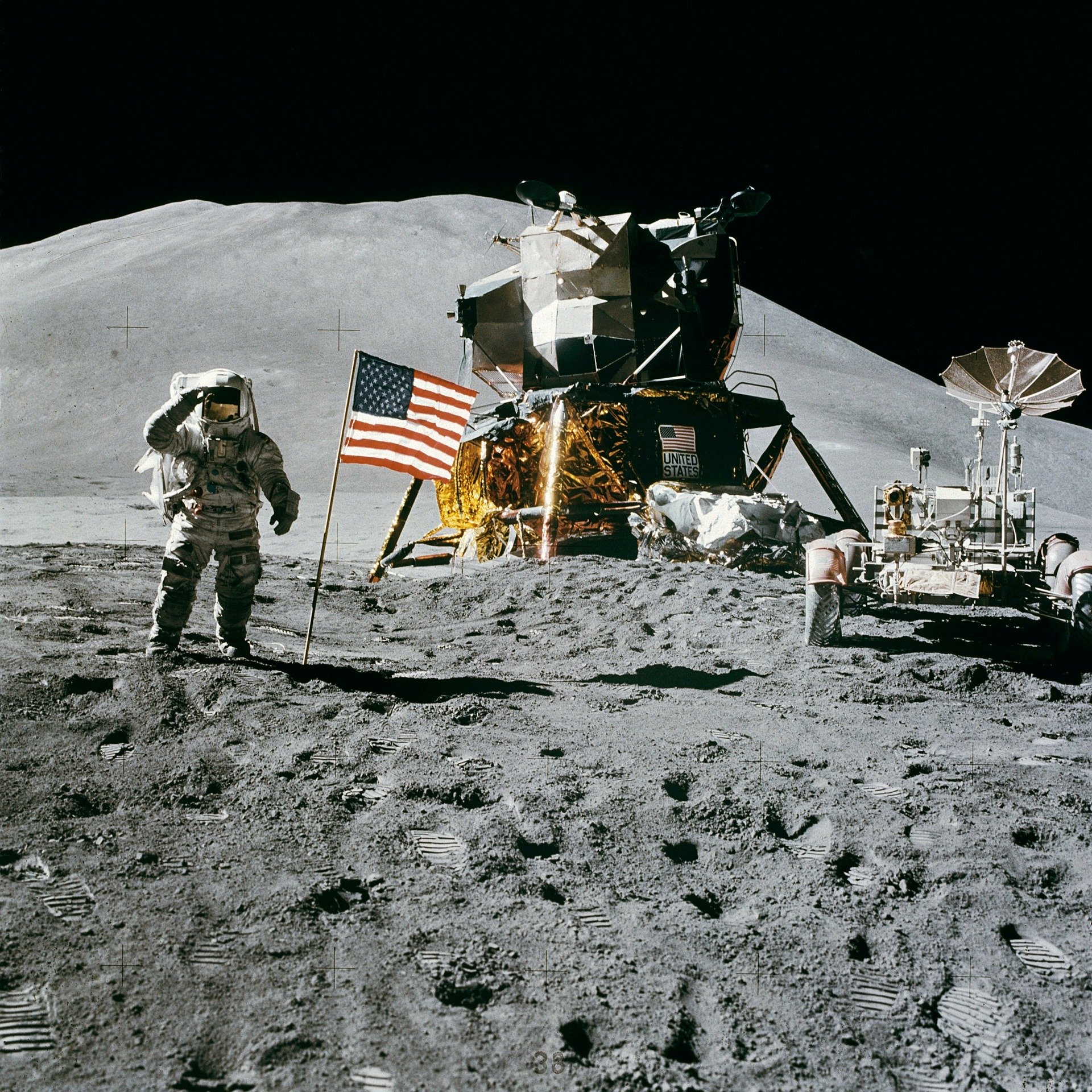 Posted at 13:53h in business by admin 0 Comments
0 Likes
Fifty years ago this weekend, in what many people consider the crowning accomplishment in all of human history, astronaut Neil Armstrong stepped foot on the moon. Eight years earlier, President Kennedy had challenged the nation, before the end of the decade, to land a man on the moon and return him safely to earth. An army of 400,000 scientists, engineers, administrators, and other dreamers assembled to take up the challenge — and did it with five months to spare. Who thinks we could get a lousy highway overpass built in eight years today? Anyone?

You know what else has changed since Armstrong touched down at the Sea of Tranquility? Taxes, of course. NASA spent over 25 billion taxpayer dollars on Apollo — a planet-size chunk of change, considering Uncle Sam collected just $187 billion the year he landed. Skeptics mocked the mission as a “moondoggle,” begging Congress to spend the money closer to home. Imagine dropping $467 billion of today’s dollars on a mission to Mars, and you’ll see just how big a commitment Apollo represented.

As for individual taxpayers, they faced 25 separate brackets in 1969 (33 for heads of households). Joint filers paid 14% on their first thousand of taxable income and topped out at 70% over $200,000 (roughly $1.4 million in 2019). Taxes on capital gains were capped at 27.5%. Folks who filed their own returns used something called a “pencil” to fill out the forms. Form 1040 looked a lot like today’s version, although you didn’t have to list your kids’ social security numbers, and you could pay your bill with a money order.

Armstrong paid the same tax on his $20,000 salary as anyone else. That’s because we’re one of the few countries on this blue marble we call Earth that taxes citizens on all income, even if they earn it on the moon. (Hardly seems fair.) After Armstrong returned from the moon’s magnificent desolation, he taught engineering at the University of Cincinnati (where he was a tough grader), investigated the Apollo XIII and Challenger accidents, and advertised cars for Chrysler. Can you even imagine the endorsements he’d be offered if the moon shot happened today?

Did taxpayers get their money’s worth from it all? Consider some of the spin-off technologies, first developed for the Apollo program, that still generate tax dollars today: digital fly-by-wire controls that guide today’s airliners and cars, food safety systems that keep our meat and poultry clean, earthquake-proofing shock absorbers for buildings and bridges, and rechargeable silver-zinc hearing aid batteries. And how many more scientists and entrepreneurs have been inspired by the Apollo’s can-do spirit and legacy of dreaming bigger than ever before?

Today’s space heroes aren’t astronauts anymore. They’re capitalists like Jeff Bezos, Elon Musk, and X Prize creator Peter Diamantis, hoping to tame the wilds of space for taxable gain. How long will it be before they makes space exploration a profit center for the IRS? Keep your eyes on the future, and we bet it will arrive sooner than you expect!